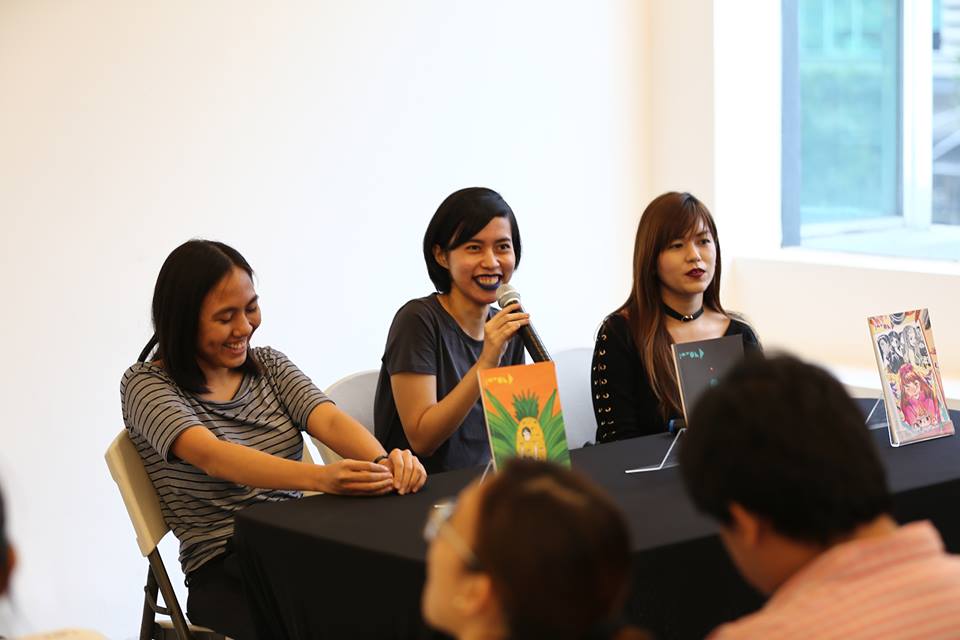 As a teaser for the upcoming launch of BEYOND Vol 2, I helped produce an omnibus video and a profile video on each of the three artists that worked on the comic book.

These videos were shot and edited by Elevation Partners. The final cuts were shared in stores and in social media platforms of Beyond the Box and Fully Booked (our exclusive distributor of Beyond Vol 2) as well as shared to select members of the press.

The comic book industry has recently been making huge strides in inclusivity. And it’s not just the stories—more titles are now being headlined by female comic book artists.

The rise of female artists offers more than just variety in style and representation. It’s opening up a new world of stories, this time shaped by the unique insights and experiences from the feminine side of the creative spectrum.

In the Philippines, three young female artists are pushing thecreative envelope in the once male-dominated field. With their own individual styles, comic book artists Julienne Dadivas a.k.a. Hulyen, Rian Gonzales, and Mika Bacani are not just making a name for themselves—they’re also shaping the local comic book landscape.

Rian’s vibrant anime-like portraits have landed her gigs at international comic book publishers. She has done cover works for Archie Comics (Betty and Veronica, Josie and the Pussycats), IDW Publishing (Jem and the Holograms), and Valiant Comics (Faith). She also works as a contributing writer and illustrator for the Philippine Daily Inquirer.

Meanwhile, Hulyen charms readers with her non-conforming humor and raw, unpretentious style. She is best known for “UGH”, a series of well-reviewed zines depicting a character’s wry reactions to daily encounters. Hulyen also regularly uploads comic strip on her Facebook page, inciting laughter from her thousands of followers.

Aside from being published by top broadsheets, Mika’s art regularly finds its way in the world of food.Her works have been commissioned by some of Manila’s well-loved restaurants like Wrong Ramen and Bad Bird, to name a few.