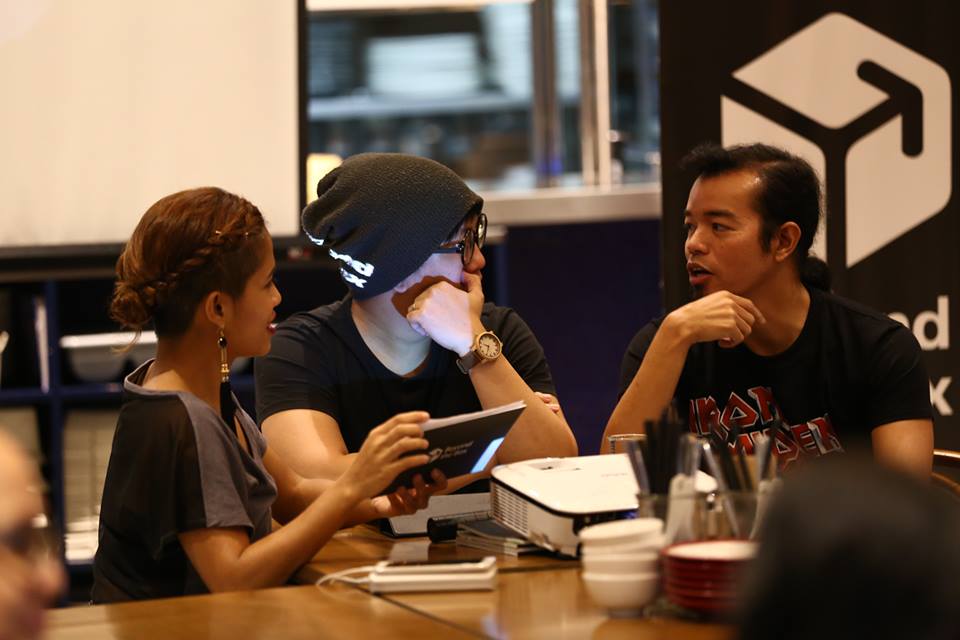 Box Talks was already an ongoing series when I was first given the task to continue the PR efforts for Beyond the Box in 2017. Part of the brand’s efforts to support the local art scene came in the publication of BEYOND Vol. 1 – a compilation of comics drawn entirely on the iPad Pro by local talents Harvey Tolibao, Mervin Malonzo, and Manix Abrera. My job now was to sustain interest in the comics because a second volume was already in the plans with a new set of artists.

To do so, the next leg of Box Talks would then feature the first set of artists who were published. Unfortunately, Harvey wasn’t able to join the workshop as he was unable to be in Manila at that time, so it was left to Mervin and Manix to impart their knowledge at the workshop.

The workshop was held at Ping Pong Diplomacy in SM Aura where I also acted as the host for the event. Plenty of aspiring young artists came to hear and see Mervin and Manix do their own brand of artistry, and how they are able to come up with fresh, original work in an age where it seems as if every story has already been told.

Some of the published features on Beyond the Box and Box Talks: